The septet is based in Montreal TEKE :: TEKE released their debut album, Shirushi. Stream it via Apple Music or Spotify below.

TEKE :: TEKE named themselves after a Japanese slang term for those in surf culture, which is an onomatopoeia that means to sound like a guitar riff. Their sound is inspired by 1960s and 1970s psychedelic Japanese soundtracks while mixing modern punk influences.

The nine track Shirushi (or “signs of many changes to come”) covers the themes of birth, spirituality, rebirth, and self-exploration, which are reflected in the supernatural utterance in its lyrics.

In the case of “Barbara”, which we named Song of the Week last month, the track centered on a man called Zashiki-Warashi, an unwanted childish spirit pulling around a house. Meanwhile, “Meikyu” tells the story of a young character trying to escape from the clutches of a twisted spirit that lurks in a labyrinth-like mansion.

Get vinyl or CD editions of Shirushi in TEKE :: TEKE’s Bandcamp. 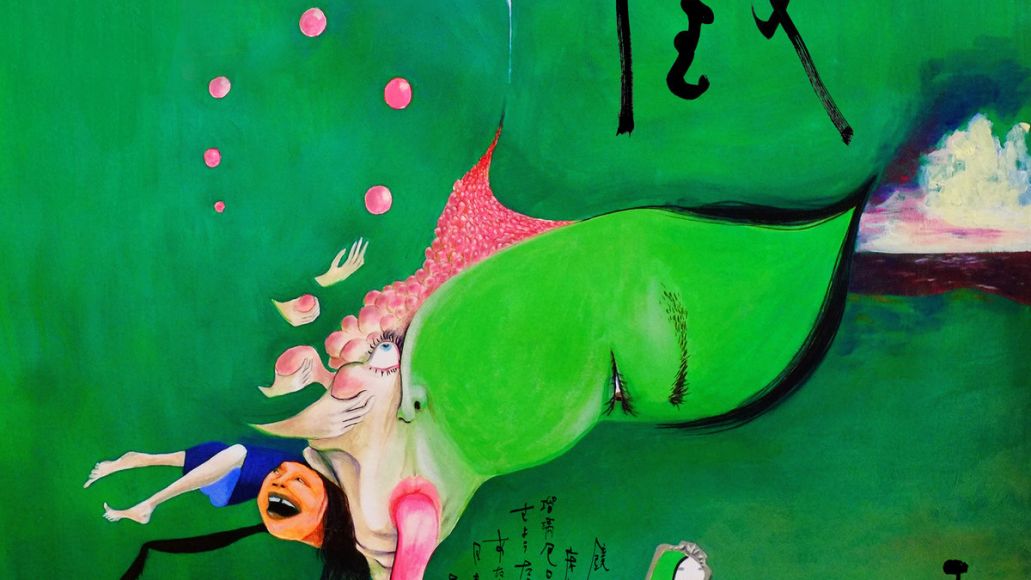